Thank you to Allison Ferguson for giving us our first article on USA history!

If one recalls memories of grade school the famous, yet wholly inaccurate, Henry Wadsworth Longfellow poem, Paul Revere’s Ride comes to mind. Revere no doubt was a brave patriot, but what about the stories of lesser known patriots? The similar story of Sybil Ludington has been scarcely  told since she was honored for her ride in 1777.  This teenage girl braved the dangers of a rainy night in Revolutionary era America to gather the Kent and Patterson area militia in order to drive off British advances. Her valiant effort stirred the men of her fathers militia in time to defend the town. 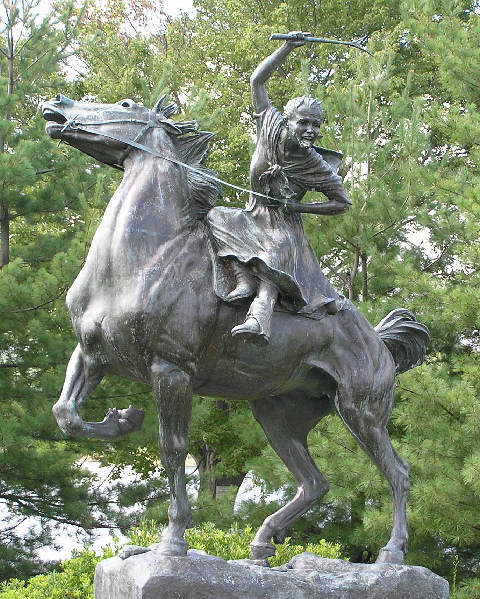 Sybil Ludington was born in what was known in her time as Fredericksburg, New York in April 1761. Today it is known as Ludingtonville, a small section of Kent, New York. Born the eldest of twelve children to Colonel Henry Ludington and Abigail Knowles. Her father was a farmer and gristmill owner in addition to his impressive service in the Royal Army in the French and Indian War. In 1773, after over sixty years of faithful service, Henry Ludington left the Redcoats to become a patriot.

Colonel Ludington was a respected militia leader who commanded the 7th Regiment of the Dutchess County Milita and latter became an aide to none other than General George Washington. This regiment consisted of a volunteer basis from the local men. The area he controlled between Connecticut and the Long Island Sound was vulnerable to attack from the British.

On April 25, 1777, only 20 days after her 16th birthday, British General Tryon landed six warships and twenty transports in Fairfield, Connecticut. He had a force of 2000 men with him that he marched eight miles inland to camp before heading north the following day to Danbury.  General Tryon ordered his troops to search  Danbury for supply stores to the Continental Army. Before dusk set in that  very day several of these store houses of the Continental Army, and even three private homes, were engulfed in flames. Lost supplies included food such as flour, meat, sugar, molasses, coffee, rice, wheat, corn, and vast amounts of wine and rum. Medical supplies such as sick cots, tents, clothing, shoes, and assorted kitchen utensils. These storehouses were poorly guarded due to the recent move from Peekskill to Danbury and they were thought to be safe. Medication, fortunately, was stored out of town in New Milford, Connecticut, and managed to avoid the flames. Instead of destroying the rum, British soldiers consumed it. Drunken red coats now ran around Danbury sparking more fires. While military discipline and command were deteriorating from the invading British, messengers were sent out to alert of their arrival and raids. 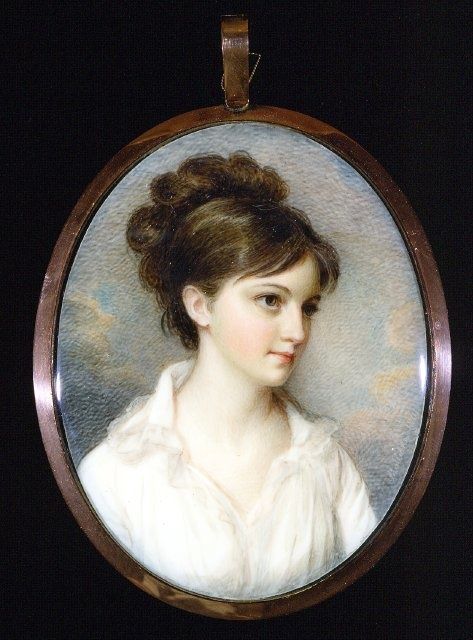 Said messenger reached the home of Colonel Ludington at roughly 9 PM. At this time he controlled 400 militia men, all of whom had been scattered about in their respectable homes for the planting season on their farms. The poor messenger was weary and unfamiliar with the area, and soon after learning of the attack Sybil left to gather her father’s militia. There is a great amount of confusion on if Sybil herself volunteered for the mission or her father assigned it to her.

Sybil’s journey consisted of anywhere between a 20 and 40 mile round trip south to Mahopac and north to Stormville. If the hour being late and weather rainy was not enough, Sybil had to dodge several dangers. The two biggest was British soldiers and loyalists. “Skinners” were also something to be wary of. These were outlaws who held no stance for the Patriots or British. The troops she managed to gather did not make it in time to save Danbury, but they were able to push the British back out of the area. Sybil collected personal thanks from General George Washington and French General Rochambeau. Colonel Ludington received a letter of thanks from Alexander Hamilton as well. 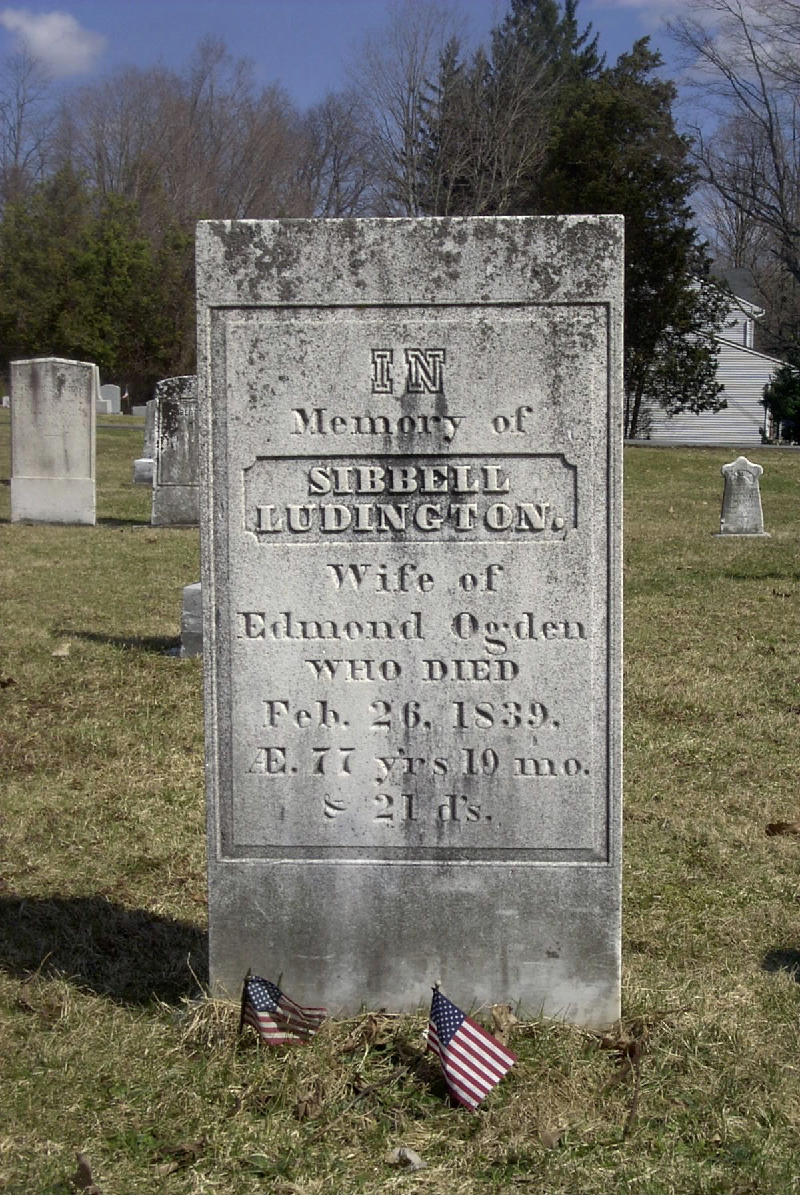 Shortly after the wars end in 1783, Sybil married at age 23 in 1784 to Edward Ogden. They lived in Catskill, New York and had one son named Henry. In 1799, her husband died of yellow fever. Less than a decade later she purchased a tavern and ran it while helping her son become a lawyer. Things were looking up when she sold the tavern for three times what she paid for it. She used these earnings to buy a home for her son and family to reside in. Tragedy struck in 1838 when her son Henry died. After being denied a Revolutionary War pension for her husbands service, Sybil Ludington herself died at the age of 77 in poverty.